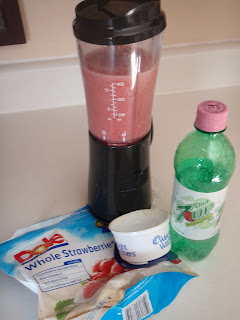 So, I am back on track again… The eating healthy tack, that is! Lost ten pounds in four weeks. Waaaahhhhooo…. only 30 more to go. But don’t clap for me. I started WW (weight watchers) last year at this time and lost 7 pounds and then gave up. So when I went back to WW they started me at a 10 pound gain. According to them (after 4 weeks of watching what goes in & watching the scale go down 10), I am now at a weight loss of zero. Bummer! Baby steps, I know… It’s a slow process. Believe me I have been processing weight loss since the birth of my first child and then at the third birthday of my second is when I decided enough was enough. Jeans in a size I refuse to go higher in were very tight in the waist. So here I go again hoping this time I make lifetime… Giving myself all the time I need. Praying I take off on average a pound to 2 pounds a week. Hoping to be down 20 by July. Maybe if I write it to you all, I will stick to it.
I have been exercising regularly for about a year now. Even ran a 5K. Unfortunately I began eating more too. Exercise does not mean you can eat more… took me a year to realize that. You have to do both at the same time.
Anyhow, here is one of my special weight loss secrets… Colleen’s Yum Which Won’t End Up on Your Buns Smoothie!!! Yes, only 2 points on WW!! Very filling snack.
1 – 2 cups frozen strawberries
1 cup of yogurt (WW has a 1 point yogurt)
6 oz of Diet Z UP
Place all in blender and smooth… RESULT – Yum Which Won’t End Up On Your Buns. One problem, the kids want some??? So instead of diet soda, I add 1/2 cup of water and a little milk. They love it and they think they are having a milk shake.