Next week my race will be over with and my goal will be to keep on running to improve my time and loose some more weight.

Thought I would share my last LONG training run with you via pictures for this Moo Monday post!

Nine miles was on the list for this Saturday following my son’s awesome soccer game where his team dominated the field and  he scored two goals and made some great passes!  Yeah, much better than baseball where I fear for his life when that hard ball comes at him (he has to be the worst player on his baseball team – poor kid!)  Anyhow, it was cold though and throughout the game I would ask my hubby if we could just do this run on Sunday…  Nope, he said about ten times until he almost yelled at me on my eleventh attempt at wimping out.  One reason I married the man, he doesn’t let me give up.

Home we went to change and layer the kids for the 40 degree weather. I wore my scary comfy pants (scary for those who have to see me in them and comfy for me who could careless after the 5th mile what the hell I have on as long a my legs aren’t rubbing together.). Also, I had on a short sleeve shirt with a little jacket. I was cold at the start and finish, but perfect for the nine miles of fun! I also tried to convince my hubby again that this run might be too cold for my son on his bike and daughter in the stroller. That did not work, he just got them mittens and hats. Ugh, we were doing this! 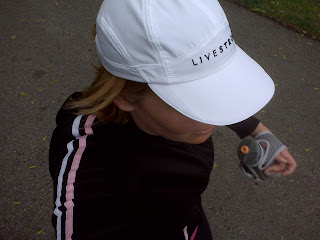 I’m off and a half mile into this torture.  See my bottle….  I love it! 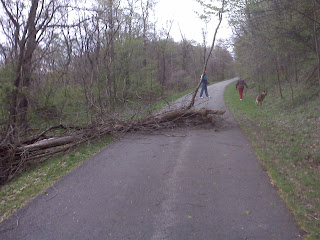 About mile three…  Should I turn around?  The trail was pretty badly covered with down trees from our micro-burst on Friday that killed our swing-set. 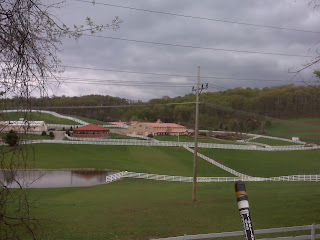 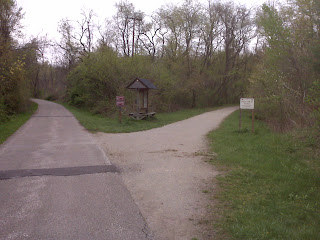 Heading on to the dirt path for about a mile and a half.  I have never gone past this point on the trail. 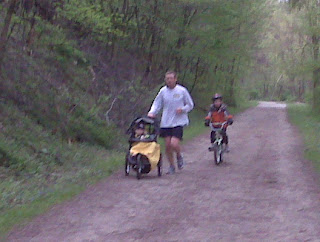 Hit mile five and I am heading back…  I feel really good and strong at this point.  It may be that about the last half mile was down hill a bit.  Look how far behind my hubby is.  Okay, he was doing 10 this day and doubled back before this point.  Let’s just pretend I am ahead. 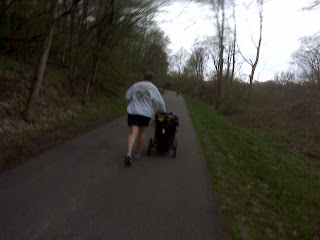 Here he is passing me…  He finished his 10 miles in an hour and a half.  Jerk! 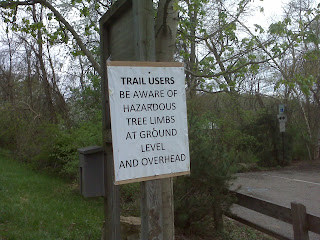 Ya, Think?!?  No one said running wasn’t a dangerous sport! 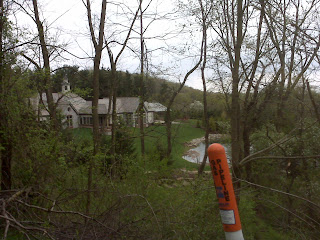 Passing my house…  I WISH! 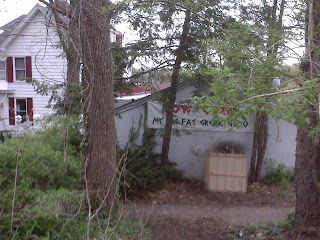 At this point I have two miles to go and my legs keep telling me to just walk and maybe stop for a Gyro.  I was not doing good mentally here.  I kept thinking about the hill at the end of the run.  I was thinking how I hate this and would much rather be down there at the coffee shop having some gossip with my favorite gal pals!!!  Luckily I ran slower but did not walk.  I got a little energy back around Brusters and kicked it in from a 4.8 to about a 5.2.
It is the home stretch now.  I am almost there.  Just have to get up this hill and around the bend. 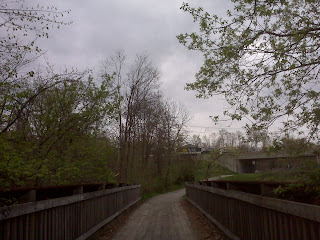 My legs are killing me.  My breathing and general energy is good at the end but my legs feel numb and so tired.  My end time 5:43!  That would give me about 15 minutes to finish the last mile to make my goal of 10 in 2 hours a reality next weekend.
Thumbs up!!!  Done with nine and on to 10 on race day. 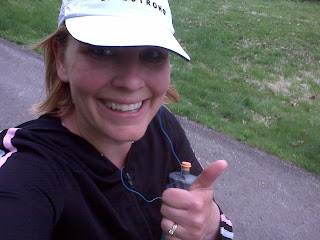 That’s all for this Monday.  Next week stop back for my race report and the following week I will give a weight, diet, and exercise update.
Thanks for reading!